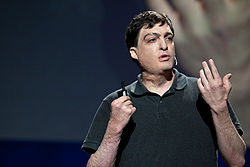 I am currently enrolled in an online course at Coursera.org, Introduction to Behavioral Economics taught by Dan Ariely (well known for his  Predictably Irrational: The Hidden Forces That Shape Our Decisions, HarperCollins, pp. 304,ISBN 978-0-06-135323-9).

In a discussion by Dan Ariely about the psychology of money he pointed out that people have a very difficult time paying for expertise. This doubtless even more so for problem solving expertise.
Dan Ariely offered the following joke (my paraphrase):

Your car starts making strange noises so you take it to a mechanic. The mechanic listens to the sound, opens the hood, and bangs soundly with a hammer on a pipe. The sound disappears and the car runs beautifully. He turns to you and says, “That will be $100, please.” You express outrage that a few bangs with a hammer could cost that much. The mechanic replies, “The banging with the hammer costs $1 and $99 for the problem solving of where to hit.”

Among many variables in how people react to a price, behavioral economics tells us that people will think that a price is fair and reasonable to the extent that they can see (or understand)  the effort required to produce the service or product.

Dan Ariely told another story about a locksmith.

When the locksmith was just starting out and still learning his craft, he would frequently take an hour to unlock a door, commonly breaking the lock in the process. He would then charge for both his time and the replacement lock. Almost universally people paid and added a tip on to boot. Then, after he became a competent locksmith he could open almost any door in a few minutes. He would then charge people for his time. People argued with him incessantly and the tips disappeared.

A lesson from behavioral economics for your business is that you need to tell people in the quotation phase lots about how you will go about the problem solving and how much effort will be involved. Then, once you have landed the job, you must make your effort visible to the client. This doesn’t mean monthly updates. Weekly status telecons, or at a minimum emails, with enough detail to make the effort visible will make your work more valuable in their eyes. And, unlike the customers in the two stories above, you can actually engage your customers in the problem solving work both to move that process forward and to make it obvious to them exactly what expertise you have that they don’t and how much work you are putting into the solution.

Nice to have such a practical application from a course in behavioral economics in just the first two weeks. BTW – Dan Ariely is a compelling teacher.